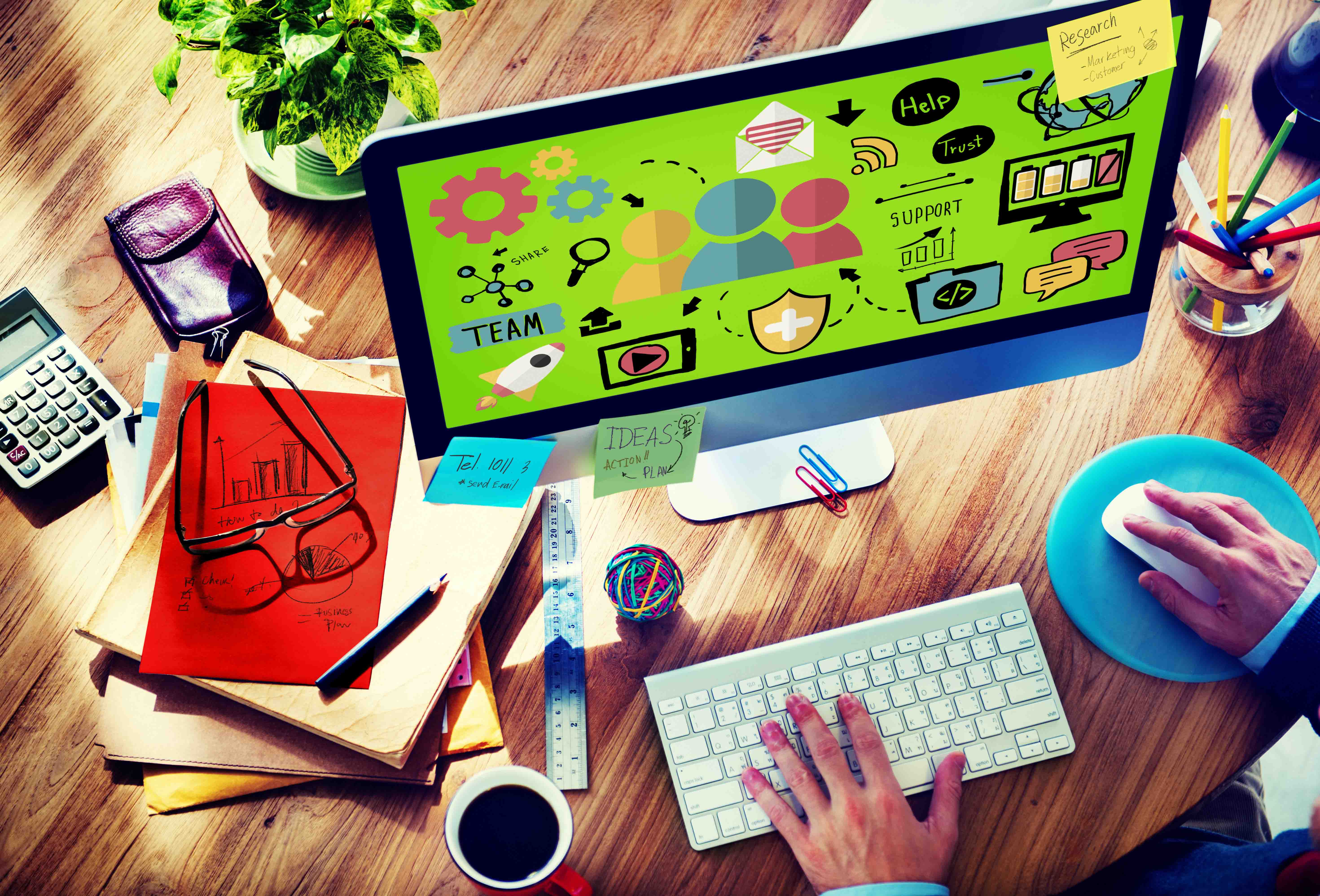 The online collaboration tool industry keeps growing as more businesses allow employees to telecommute or hire freelancers.
It’s quickly become a highly competitive market with each developer trying to come up with the best features to win over users. While new players are still entering the fray, established tools are still getting major upgrades.
With so many collaboration tools to choose from, it all comes down to which ones are easiest to use and have the best features for teams.

Enterprise Collaboration Competition
For larger businesses using enterprise collaboration tools, there are five main players – Cisco, IBM, Microsoft, AT&T and Avaya. Overall, Cisco took the lead in 2016, but Microsoft took the lead for cloud based collaboration. The numbers constantly shift back and forth between all the major companies, which just proves how competitive the market truly is. In fact, the market is expected to grow to $49.51 billion by 2021.

Slack Adds Screen Sharing
Slack is one of the most well-known online collaboration tools for teams of all sizes. Slack acquired Screenhero in 2015 and planned to implement the screen sharing features into its own collaboration suite. Now, Slack's introduced the final product which allows anyone to share their screen and let others interact with it. Before, you could share a screen, but it wasn’t an interactive feature.
Others are able to write, add emojis, draw and more from any other screen in the world. It’s a highly innovative feature that helps set Slack apart from the competition.

Facebook Joins In
It was only a matter of time before Facebook joined in. While most people think of Facebook as a fun social network, the company has its sights on becoming an enterprise collaboration tool as well. Workplace was first launched in 2016 and is now used by 30,000 organizations. Facebook recently added a desktop app for chat, which includes screen sharing and video chat. One big win for Facebook Workplace was gaining Walmart as a client.
By focusing more on group communication, Facebook’s becoming a major competitor for enterprise collaboration. They also use a more competitive pricing model based on active users versus seats, which helps to save money. However, the company still doesn’t have the user base of more established online collaboration tools, such as Slack which has over 50,000 organizations and nine million weekly users.

Google Pushes Gmail
You might not think of Gmail as a collaboration tool, but Google is planning on changing that mindset. While Google already has some collaborative features, such as Google Docs, plans to integrate third party apps could turn Gmail into a new collaborative platform.
Part of the move is to ensure email stays relevant, even though it’s still one of the most popular forms of online communication with billions using it daily. The other part is to become more competitive in the online collaboration market. Instead of trying to reinvent the wheel, Google’s taking a different approach. You simply install add-ons for other collaboration tools, such as Asana, to combine the benefits of email and collaboration in one platform.

Adobe Even Adds Collaboration
Adobe isn’t usually known for collaboration, but with the introduction of Creative Cloud, that began to change. Now, Team Projects is part of Creative Cloud. Instead of having to edit a project and send it back for others to review, files are stored in the cloud and a team can work together. While it’s focused on creative projects, it’s still a valuable tool for collaboration and shows that numerous companies are starting to offer their own collaboration features.
Whether you’re using online collaboration tools for small or large teams, you have plenty of options to choose from. Many offer free trials or completely free plans. The great thing about competition is the end user gets more options and better features.